I released Rhino Roll my previous game on the 18th December 2015, I then set myself a target to release a new game by the end of the year.

Rhino Roll get it on GooglePlay 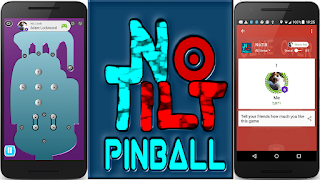 NoTilt Pinball get it on GooglePlay

Here it is like a traditional pinball game with bumpers, triggers and slingshots. The one thing missing is the flippers. You use the table itself to control the ball. Watch the trailer video to see it in action.

Posted by Unknown at 2:48 PM No comments:

To get your game noticed a lot of people say you need a trailer video for your game. I don't know if that is true but here is how I went about making the trailer. 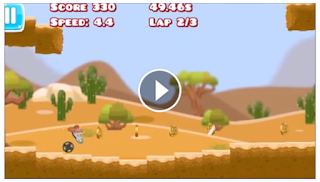 To do that I used Movie maker for editing, Open broadcast software (OBS) for the screen capture and Spriter and Inkscape for the logo animations.

To do the logo I used Inkscape to create PNGs, then in Spriter I created an animation for the logo. Then I exported the animation to multiple PNGs which I then imported into Movie Maker, changed the time to display each frame to 0.1s.

To capure the game play I used OBS to screen capture. I turned the music off as that will be added later in Movie Maker. I edited multple shots of game play together and added to the main trailer project.

I then added the music from the game itself into the video.


Click here to see the video
Posted by Unknown at 3:20 PM No comments: